Parlor 2H TThe long and narrow body shape of the new Collings Parlor is inspired by some of the earliest steel string guitar designs that form the roots of the modern acoustic guitar family tree. First popularized in the late 19th century, this diminutive guitar has often been overlooked in favor of its larger and louder descendants, but the parlor body style is once again finding its way into the hands of players who appreciate its exceptional tonal balance and responsiveness, as well as its portability and comfortable feel. Named for what we now call the "living room", this guitar comes from an era when friends would gather at home to make music before an evening's entertainment could be readily broadcast, televised or streamed. While it may at first glance seem to be a relic of the past, today with music often being recorded in the living rooms of home studios, streamed from house concerts, and broadcast from Tiny Desks, perhaps this charismatic and beautiful sounding little guitar has once again found its moment to shine. Crafted with our Traditional series appointments, features, and voicing techniques, the Collings Parlor has a full bodied voice and projection that belies its small size. 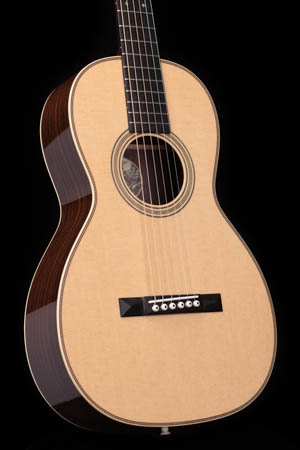 Each T-Series guitar features hand selected tone woods that are voiced to facilitate the warm rounded highs and present low mids that characterize the tonality of our Traditional series. 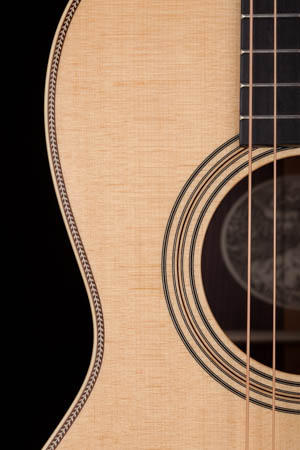 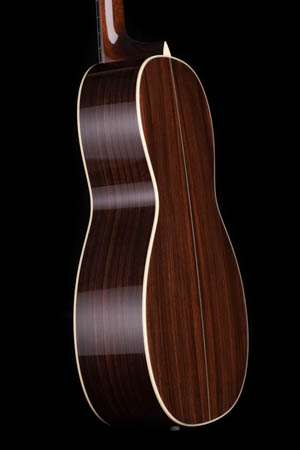 The T-series nitrocellulose lacquer finish is sanded to an even thinner thickness than our standard instruments, allowing the natural qualities of the wood to shine. 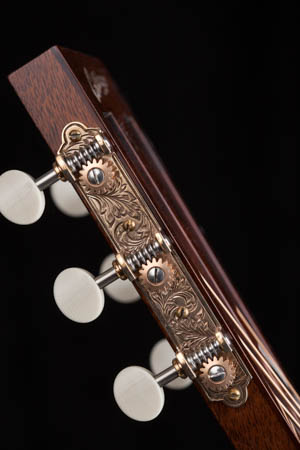 The artfully engraved Waverly 3-on-a-plate tuners beautifully complement the historic charm of the Collings Parlor while providing the highest standards of modern functionality and reliability. 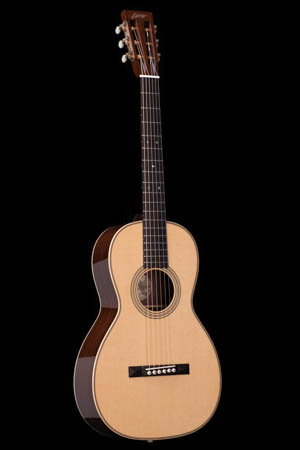 A short 24 7/16" scale length creates a warm note attack and lower tension string feel that lends itself well to a variety of playing styles. 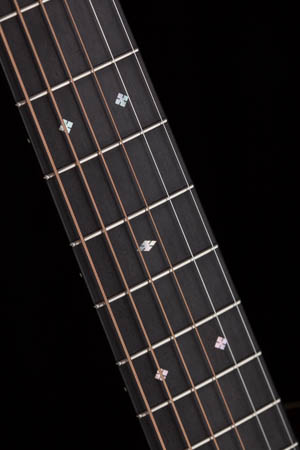 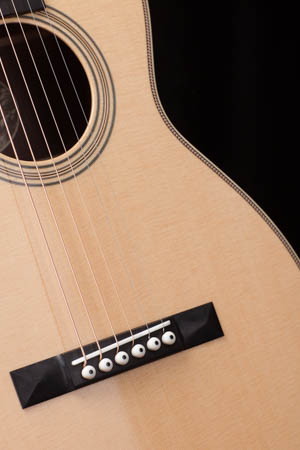 Make It Your Own

The T-series Parlor can be ordered with select wood, finish and design options for a sound and aesthetic that is tailored to your individual needs. 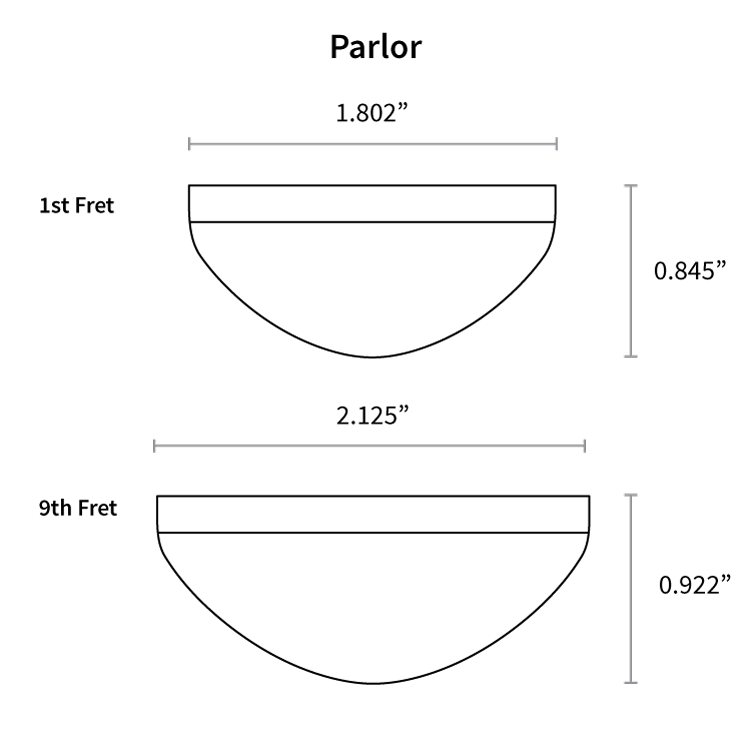 PLEASE NOTE: Collings Traditional Cases are no longer available or supplied with any Collings model.